In love with Shakespeare

On May 17th our 3rd year TTO students participated in a theatre workshop with Ben and Jet  from the Phileas Fogg Theatre Company. The first part of the workshop was about introducing the students to the past of theatre and about performing on stage. After the introduction the students got the task to make pairs and then they had to insult each other using a list of words they hadn’t seen before and without knowing the meaning of the words. They had to use body language and gestures while insulting each other. After this 6 students got chosen to practise the Shakespeare play. The students that were left had to make sound effects like thunder or the gallop of a horse. During the second part of the workshop the students had to make a play of their own in small groups, based on a story and they had to put a hidden message in the play. It was a really engaging activity for our bilingual students. Something where they could really let off some steam. Photos can be found in the photoalbum on the website. 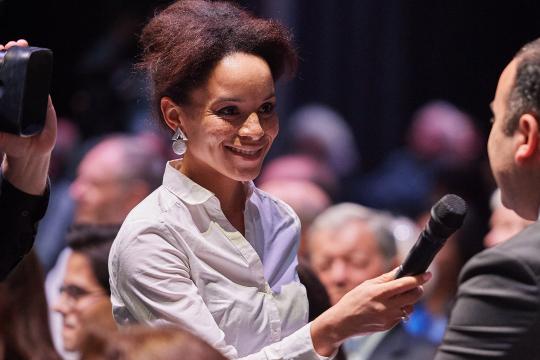 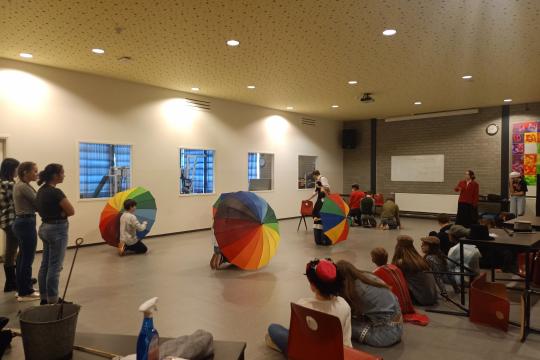 On May 17th our 1st and 2nd year TTO students went back in time in their workshop from the Phileas Fogg Theatre Company. The works... 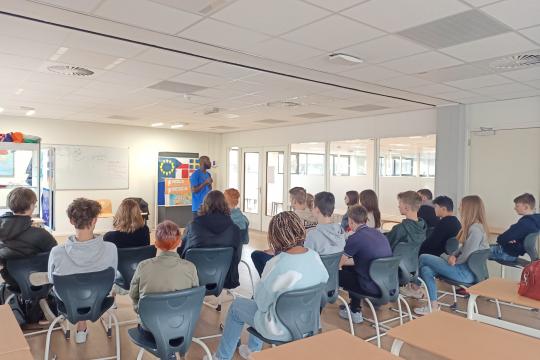 On the 8th of April, our bilingual students of H2a and H4a welcomed a storyteller into our school. After adjusting the classroom i...